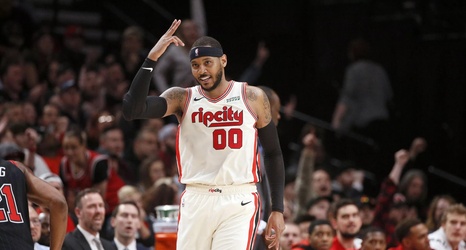 The Portland Trail Blazers had their best week of the season last week, improving to 8-12 after winning two games against the Chicago Bulls and one against the Oklahoma City Thunder. That solid week shot them up different outlets’ power rankings. The Blazers sit comfortably in the middle of the pack in the NBA, with most writers highlighting the positive impact of Carmelo Anthony.

ESPN’s Royce Young has them 15th, noting that Melo has been a plus for Portland. However, this comes with the caveat of them playing an easy three games:

The Blazers have stabilized a bit, winning three of their past four.