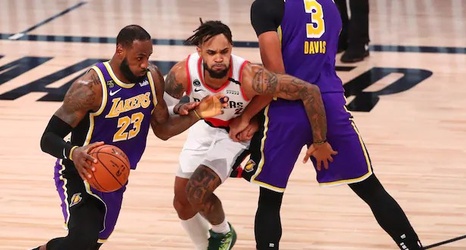 There’s only so much you can do when trying to defend Lakers forward LeBron James. Even at 35 years of age and after 16 NBA seasons, James’ combination of size, skills, smarts and athleticism makes him a mismatch for just about every basketball team on the face of the earth. While it’s debatable (at least to a point) where he’ll will rank among the all-time greats when he decides to step away, it’s hard to argue a player has ever been consistently as good as James has been in his 17th season.

But despite all that, Trail Blazers guard Gary Trent Jr.