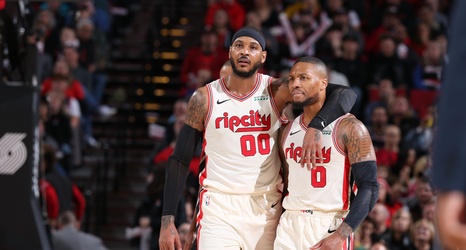 This Trail Blazers team can be the best offense in the league, maybe not the best defensively but this game is about outscoring the opposition. What have they done well the last few weeks that bodes well for the rest of the season?

After the return of Damian Lillard and the addition of Carmelo Anthony, this team has the sixth ranked offense in the league. For the last two weeks they have been even better, ranking fifth.

Obviously the health of Lillard and Whiteside has been key. When these two have been added to a more focussed Hassan Whiteside and a consistent Rodney Hood, the offense has quickly turned around.