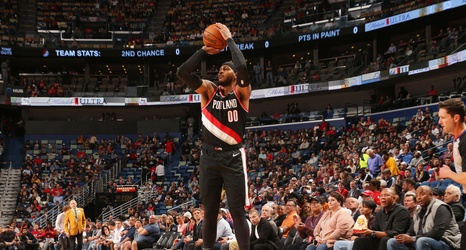 A starting 5 featuring Anfernee Simons, Hassan Whiteside and Carmelo Anthony was not something I would’ve predicted a few months ago for the Portland Trail Blazers, but here we are. Carmelo Anthony’s debut got plenty of social media hype, but turned out to be a dull affair, as the Blazers slumped to a 104-115 loss the the New Orleans Pelicans.

Despite shooting 55 percent from three, the Blazers seemed to be simply outworked by the Pelicans, and it became a difficult watch. Injuries are one thing, and needing time to gel a new team together is another, but half of the players don’t even look bothered!