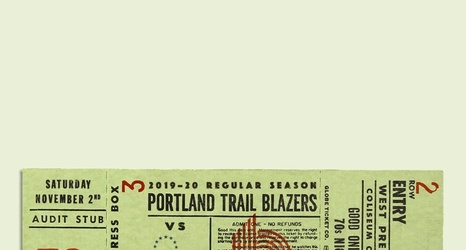 PORTLAND, Ore. (September 16, 2019) – The Portland Trail Blazers 50th Anniversary presented by your local Toyota dealers and Spirit Mountain Casino will fittingly tip off the 2019-20 NBA season with a retro-styled preseason game hosted at Veterans Memorial Coliseum – home of the Trail Blazers from 1970-1995 and where fans witnessed the team’s historic 1977 NBA championship. The Trail Blazers will face the Denver Nuggets on October 8, with game activations mirroring that of a game from the team’s earlier decades. In addition to the throwback game elements, the team will wear their new Classic Edition uniforms and play on the new 50th Anniversary court for the first time – both of which will be key features throughout the rest of the season.