Trail Blazers Games versus Celtics, Raptors to Air on ESPN 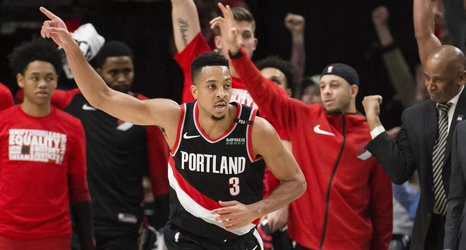 After their nationally-televised thrashing of the Golden State Warriors Wednesday night, the Portland Trail Blazers have been picked up for two more ESPN appearances. Portland’s February 7th tilt with the Boston Celtics and their March 1st game against the Toronto Raptors will both be shown on the four-letter-network. The games will also be televised in their original slots on NBC Sports Northwest in the local market. Tip-off for both games has been pushed back to 5:00 PM, Pacific to accommodate the national schedule.