Trail Blazers: Don’t pump the brakes on the youth movement 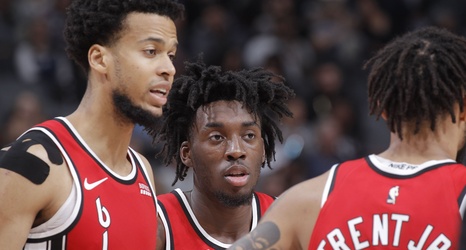 Let’s be honest with ourselves here, this has been a massively disappointing season when taking into consideration the Portland Trail Blazers had originally hoped to immediately retool and contend for a championship yet again. So far, Portland’s offseason acquisitions have not made a large enough impact to compensate for the loss of former Blazers such as Al-Farouq Aminu and Maurice Harkless.

While this tumultuous season has been filled with injuries, disappointment, and radical roster turnover, there have been a few silver linings in this rocky start. While everyone was focused in on Damian Lillard‘s superstar status and the emergence of Zach Collins and Anfernee Simons, the Trail Blazers have found real difference makers lying in wait at the end of the bench.