Top 10 Observations from the Blazers’ Narrow Loss to the Suns 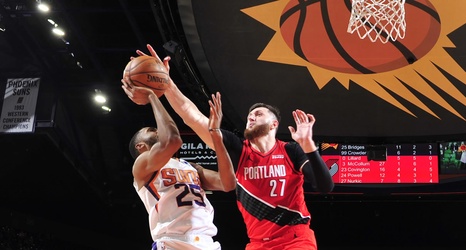 The Portland Trail Blazers came within a few seconds and a single point of defeating the Phoenix Suns tonight in a game that had playoffs intensity and plenty of post-season ramifications. A victory would have guaranteed Portland a place in the 2021 NBA Playoffs without having to go through the league’s Play-In Tournament to earn a seed. The loss leaves their position in doubt.

Damian Lillard and CJ McCollum were superlative in the 117-118 loss, but Portland’s bench struggled and, in the end, Phoenix hit one more free throw than the Blazers did down the stretch, providing the slim margin of victory.