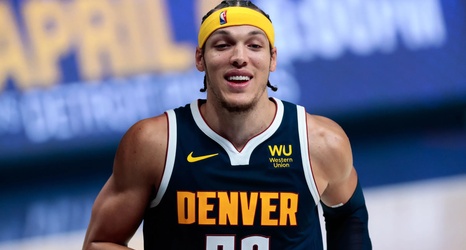 The Trail Blazers long-rumored pursuit of Magic forward Aaron Gordon, who is now with the Nuggets, might have been held up by Portland’s unwillingness to include third-year guard Anfernee Simons in an outgoing trade package.

On Tuesday, Bleacher Report’s Jake Fischer explained that the Blazers’ hunt to acquire Gordon in a trade was hindered by their unwillingness to part ways with Simons.

The Blazers had been engaged in conversations with Orlando regarding Gordon for several years, yet Portland was never willing to include Anfernee Simons in any outgoing package, sources said.

Fischer’s report went on to explain that once the Nuggets got involved, it was assumed that the Magic coveted R.