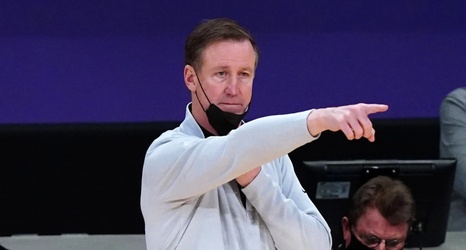 The day after the Portland Trail Blazers’ disappointing loss to the Miami Heat, coach Terry Stotts joined Brian Wheeler for his inaugural Bleav in Blazers podcast.

The 32-minute discussion touched on a number of issues facing the team, from Jusuf Nurkic’s return to the way he approaches his relationship with the media.

After highlighting the Blazers’ highs and lows over the past week, Wheeler prodded Stotts on Nurkic’s comments after Sunday’s Heat loss, claiming the team wasn’t “on the same page defensively and playing too selfish offensively.”

“I think after a game like that, there’s no question that you can see where there are areas to improve.