Rumors: Could Ben Simmons Be Heading to Boston? 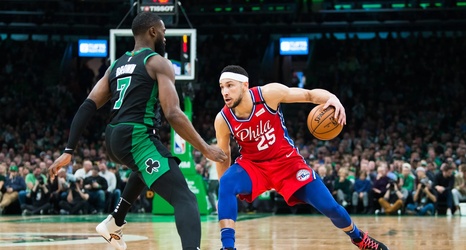 The Ben Simmons saga continues as a new report surfaces this morning stating that the Boston Celtics are in conversation with the 76ers about a possible trade.

Shams Charania reports for The Athletic that if a deal is reached, it would have to include All-Star forward Jaylen Brown.

The latest from @ShamsCharania's Inside Pass:

u25fbufe0f Celtics have expressed interest in Ben Simmons
u25fbufe0f There remains no imminent resolution regarding a Simmons trade
u25fbufe0f Optimism TJ Warren will be able to return in Dec.