Rumor: Did Jusuf Nurkic Know Blazers Would Re-Sign Him Months Ago? 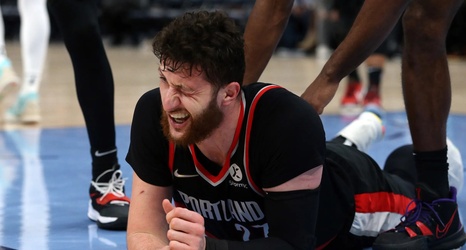 Last season for Portland Trail Blazers center Jusuf Nurkic did not go as he anticipated.

Nurkic, who turns 28 in August, was looking to put up the best numbers of his career and hope that his efforts would reward him a massive payday in the offseason.

However, injuries got the best of him and limited him to 56 games, including the final 23 where the Blazers were out of playoff contention.

Due to Damian Lillard’s injury, the Blazers never sniffed the playoffs in the second half of the year, prompting the team to trade CJ McCollum, Norman Powell and Robert Covington among others at the Trade Deadline in February.