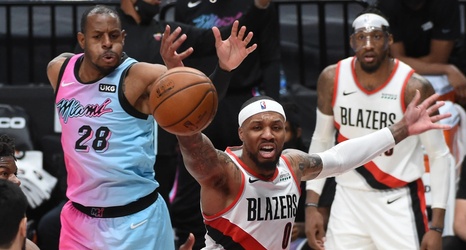 The Trail Blazers amassed a less-than-ideal 1-3 record last week. In those three defeats, two of the margins crossed the double-digit threshold. Portland’s subpar week, especially against above-500 teams, led to a slide in the latest round of power rankings.

In ESPN’s rankings, the Blazers slipped from No. 9 to No. 10. Contributor Royce Young pointed to the fatigue that Damian Lillard is displaying on the floor.

After carrying the team for two months, the burden might be catching up to Damian Lillard. In six April games, Lillard is averaging just 20.