Rodney Hood is becoming the sharpshooter the Trail Blazers need 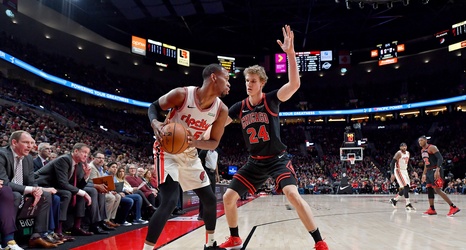 Last year, the Portland Trail Blazers immensely benefited from the sharpshooting ability of Seth Curry, who drilled 45 percent of his shots from deep and helped stretch the offense in crucial moments. This year, it appears Rodney Hood has stepped up as the dependable sniper on the team.

Over the offseason, we were very vocal about Portland’s need to address the lack of shooting on their roster. After all, only Curry, Damian Lillard, CJ McCollum, and Meyers Leonard completed more than 34.5 percent of their attempts last season.