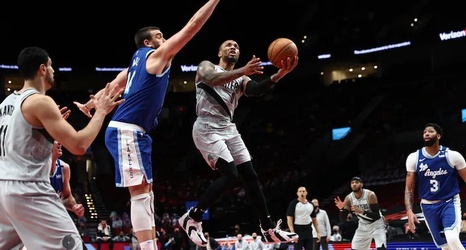 PORTLAND -- Friday’s contest between the Trail Blazers and Lakers might not have been the prettiest game this season at the Moda Center, but with fans finally in the stands, it certainly sounded great.

In their first game at home after a six-game road trip, the Trail Blazers, despite struggling on both sides of the ball for extended periods, managed to come away with a crucial 106-101 victory versus the Lakers in front of a crowd of 1,939 Friday night at the Moda Center.

“It was outstanding,” said Trail Blazers head coach Terry Stotts. “You could really feel a difference when players were warming up, starting lineups, ‘BEAT LA.