Report: Kevin Durant Injury Will Keep Him Out of Games 3 and 4 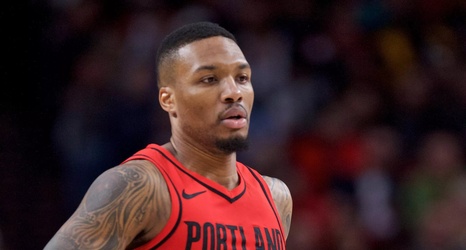 Kevin Durant will not travel to Portland to face the Trail Blazers in Games 3 and 4 of the NBA Western Conference Finals, according to pre-game comments by Bob Myers, President of Basketball Operations for the Golden State Warriors. The comments reportedly were made on the Bay Area affiliate of NBC Sports and tweeted out by Anthony Slater, who covers the Warriors for The Athletic.

Bob Myers said pregame on @NBCSAuthentic that Kevin Durant won't travel to Portland. Game 5 is back in Oakland, next Wednesday, six days from now.