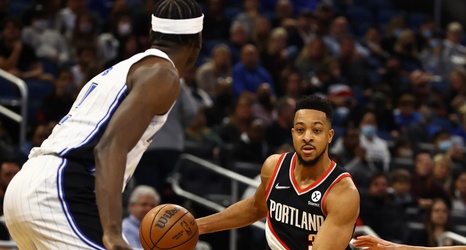 CJ McCollum made his return to the court on Monday evening, and the Portland Trail Blazers blew out the Orlando Magic on the road 98-88. It wasn’t nearly that close. McCollum was seeing his first action of 2022 following an 18-game absence which started with a scary punctured lung injury way back on Dec. 4 and culminated with the birth of his first child just last Tuesday.

The Blazers are in a very different place than they were a month ago, so It’s anybody’s guess between McCollum and the rest of the team, which side had more adjusting to do.