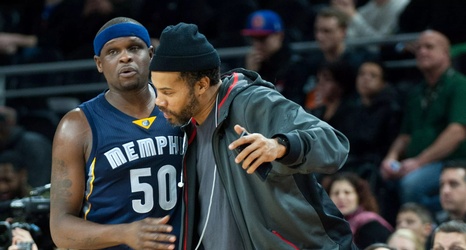 Not quite the measuring stick fans were hoping for.

The Portland Trail Blazers made it a game for about a half, but ultimately couldn’t keep up with the Los Angeles Clippers, falling on the road 117-97.

Portland seemed to match LA’s intensity in the early goings, and trailed by only three points at halftime, but the Clippers immediately turned it on at the start of the third quarter and made this one a laugher. The Blazers’ starters rode the bench for the final seven minutes of the game.

Doing most of the damage for LA was surprisingly not the reigning Finals MVP Kawhi Leonard, who had about as a forgetful night as he’ll ever have with just 11 points on 3/15 shooting, but Montrezl Harrell, who bullied his way to 26 points and 10 rebounds, leading a formidable bench that outscored the Blazers’ 66-28.