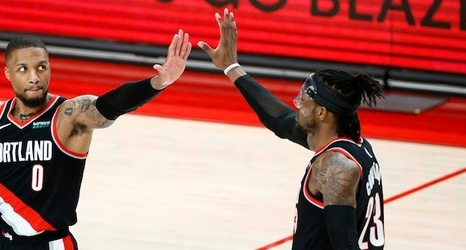 They’ll run off three-straight wins, as they did to start their now-completed five-game homestand, and just as you think they’re on the verge of a breakthrough, they string together a couple of losses. For example, in their last 25 games, Portland has only followed up a single loss with a single win, and vice versa, twice. Otherwise, they win a couple then lose a couple, then do the same thing over again. They’ve managed to make it work, inasmuch as they sit in sixth the West despite CJ McCollum just returning to the lineup and Jusuf Nurkic still in street clothes, but there’s got to be a better way.