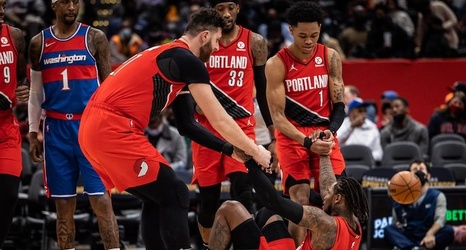 The Portland starting lineup has felt like a revolving door for much of the second quarter of the season. Between injuries, Covid-related absences, and other outside circumstances, the Trail Blazers have fielded 16 different starting lineups through 43 games this season. When compared to the 13 starting lineups used throughout all of last season, which was not particularly injury-free, it becomes clear that first-year head coach Chauncey Billups has had to do the most with the cards he’s been dealt this season. After an impressive 5-3 start to January without the services of their top two scorers, the Trail Blazers still sit seven games below .