POWER RANKINGS » All Over The Board In Week One 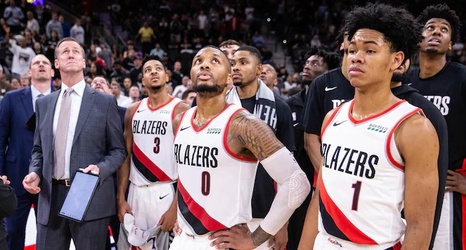 We're one week into the NBA season and there have already been some surprise teams. The Suns, Timberwolves and Hawks have all been better than most assume, while the Warriors, Pacers and Kings have all underperformed their preseason expectations. Granted, it's probably not all that wise to extrapolate too much from one week of games, but wins and losses in October count the same as wins and losses in March.

But as for the Trail Blazers, after one week, they're about what we expected them to be. The play hasn't always been pretty with six new players learning the nuances of the system and a roster that is currently paper thin at power forward/center due to new and existing injuries.