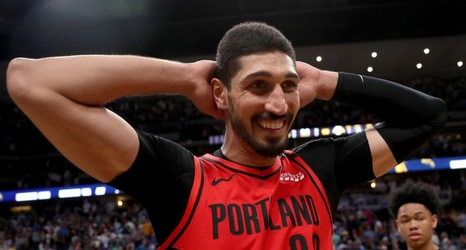 Most Portland Trail Blazers fans knew, even the casual ones and observers, Portland would defeat the now 16-37 Detroit Pistons, which they did 118-103 Saturday night at the Moda Center. However, what most everyone didn’t expect, if anyone at all, was Trail Blazers history in the making. And this history had not taken place in the NBA itself since March, 2018.

It took place with 3:22 to go in the fourth, with the Blazers leading 115-99, Enes Kanter broke the team rebounds total, previously held by Sidney Wicks in 1975, the record was 27 rebounds at the time.