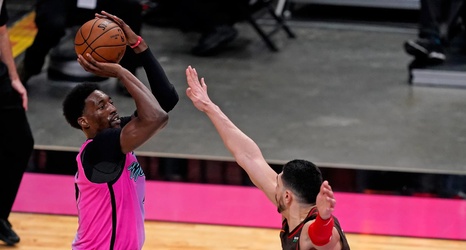 The Portland Trail Blazers face the Miami Heat at home after a win against the Detroit Pistons. Miami is missing several players due to injury, including Victor Oladipo. Jusuf Nurkic will be back on the hardwood, but he will likely be on a minutes restriction, and Coach Terry Stotts has indicated Enes Kanter will get the start in that situation. For once, the shoe is on the other foot as the healthy Blazers face an injury-depleted opponent.

The following information is courtesy of our Game Day Preview team.