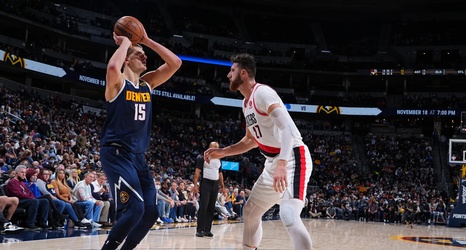 The Portland Trail Blazers take on the Denver Nuggets with some mixed emotions. Overshadowing what ever is happening on the court is the news that Damian Lillard will have surgery. It remains to be seen whether he will take the court again this season. While no one wants to see the Blazers go without their leader for a long period of time, Dame hasn’t been himself for much of the season. It’s time for him to get his abdominal issues behind him.

The Denver Nuggets will be anxious to put their last game behind them. Leading by as many as 25 points against the Los Angeles Clippers, they melted down in the second half and lost the low-scoring affair by the score of 87-85.