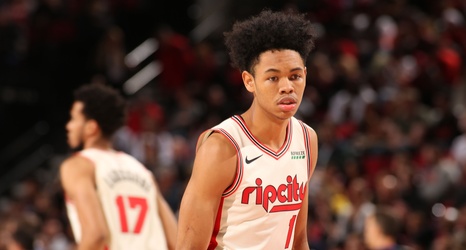 The mood is up in Portland, as this Trail Blazers team seem to have turned a corner, and have won three straight for the first time this season.

The new starting 5 has gelled instantly, and Carmelo Anthony’s arrival has transformed the offense. Friday’s win against the Bulls highlighted the starters impact especially, as they combined to score 98 of the Blazers 107 total points.

Anfernee Simons however, scored just one point in the win, a performance which has become not unfamiliar over the past ten games or so.

His obvious offensive potential and clear similarities to Damian Lillard has excited fans this season, as Simons has become a favorite in Rip City.