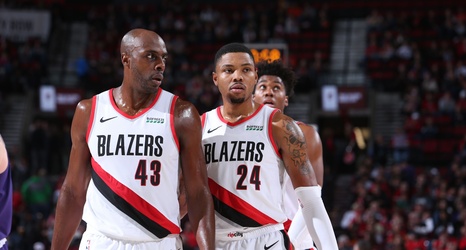 The Portland Trail Blazers waived Keljin Blevins, Troy Caupain and London Perrantes on Friday, bringing their roster to 14 spots. As all three of these were camp deals, it means the Blazers didn’t use any of their cap space this season on these three. How does this affect the team moving forward and why do we think they will leave the roster at 14 till at least the new year?

The NBA limits teams rosters to 15 during the regular season and post season until the teams season is finished.