Portland Trail Blazers: Is Neil Olshey about to be fired? 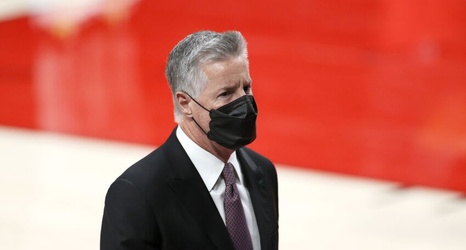 About a month ago, all hell broke loose when Chauncey Billups was endorsed for the Portland Trail Blazers vacant head coaching position by Damian Lillard, and then hired by Neil Olshey.

Has Neil Olshey set the franchise on a course where they will have to fire him?

It started with Jason Kidd being endorsed by Lillard and interviewed by Olshey, and then Kidd pulling out of the coaching amid massive public objection to him being on the list of candidates. His record of domestic abuse and a chequered off-court history had Blazer fans uncomfortable about him being a candidate.