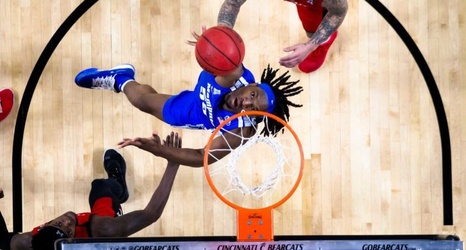 Memphis Tigers big Precious Achiuwa has been linked to the Portland Trail Blazers, as a potential pick in the 2020 NBA Draft. What should we know about him?

Plenty of Portland Trail Blazers observers likely remember a moment right before the NBA season resumption, when Hassan Whiteside hinted at the Blazers’ “changed defense” u2015 one that would see them step up higher on pick-and-rolls instead of dropping low into the paint. Given their status as one of the worst pick-and-roll defensive teams, there was a collective sigh permeated through the state of Oregon.