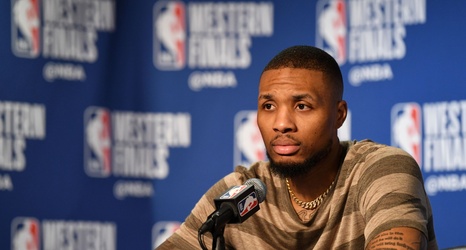 Never mind the fact that Damian Lillard just released his third album five weeks ago, the Portland Trail Blazers superstar is already back to the grind. Lillard released a new freestyle track on Monday morning, clearly demonstrating the fact he’s taking no days off this summer.

Dame D.O.L.L.A. dropped his new track “End Of Summer ’19” on SoundCloud, following up on the huge success that was his recent album Big D.O.L.L.A. His latest album surpassed one million views on Spotify alone, further solidifying his status as the best athlete-rapper alive. This has just been the latest stepping stone in a path that has solidified Lillard as one of the most versatile and multi-faceted entertainers on the planet.