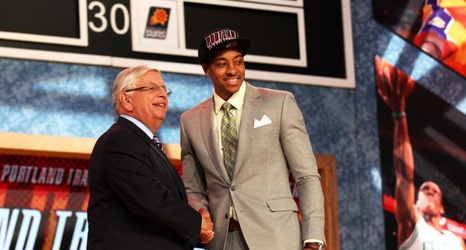 The Portland Trail Blazers have only selected three players in the first round of the draft since 2014, all of which were in the late 20s. The Blazers do have control of all their first-round picks moving forward, aside from this year’s which was traded to the Houston Rockets as part of the deal that landed Portland Robert Covington.

In an important offseason with the future up in the air, Portland may feel the need to trade back into the first round of this year’s draft.