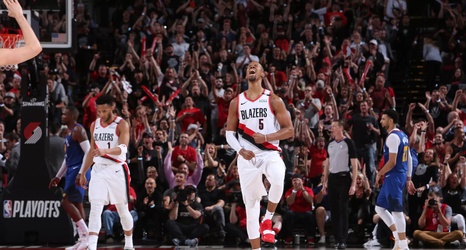 Travis Demers, the Portland Trail Blazers’ new radio play-by-play announcer, joined the podcast to talk about securing his dream job. How did he do it? Where did he learn his craft? He explains why he loves radio and how he plans to keep getting better. He shares highlights from some of the games he called last season and reveals if he his working on any catch phrases.

Then Tara and Dan discuss which Blazers (and former Blazers) showed up on the Sports Illustrated Top 100 players. Where does Nurkic rank among all of the centers in the league?