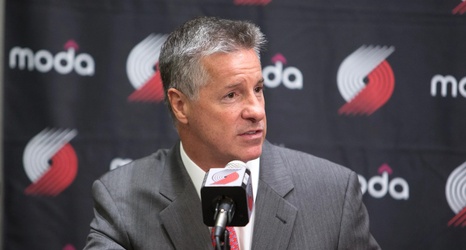 The day after Portland’s unceremonious first-round exit at the hands of the Denver Nuggets, the Trail Blazers cut ties with long-time head coach Terry Stotts. But Portland’s now-former head coach plays a secondary role in the larger picture. The real story is about the management that remains in place.

As the Blazers’ President of Basketball Operations, Neil Olshey’s actions are reminiscent of an old business joke/fable, explaining how management can bluff their way through problems that might otherwise be pinned on them. Olshey, who earned a bachelor’s degree in English, probably never learned it in school but has almost surely heard it in the field.