Nassir Little Should Still Start for the Trail Blazers 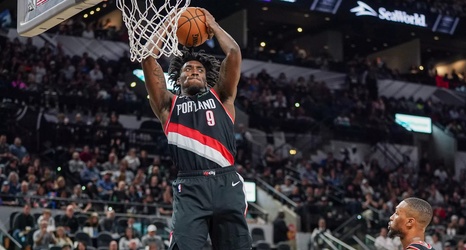 The Portland Trail Blazers just signed a future Hall of Famer in Carmelo Anthony, one of the most prolific scorers in league history. Despite his struggles in Oklahoma City and Houston, he might be the only hope for the Blazers to break out of their current slump and find someone who can shoot a basketball.

But even though he might seem like an obvious candidate to slide into the starting lineup immediately (as he already has for two games), there’s one player that has in just a few short weeks endeared himself to Rip City fans: Nassir Little.