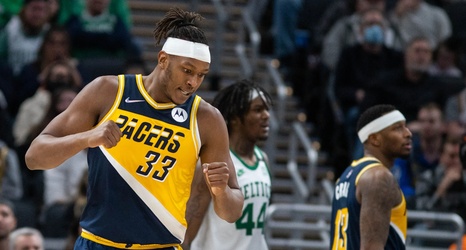 With the NBA trade deadline less than a month away, Indiana Pacers center Myles Turner will be out of action for the foreseeable future. In a medical update released from the team today, Turner’s left foot injury has been determined to be a stress reaction.

He will be re-examined in two weeks, at which time the Pacers medical staff will reassess his status.

According to ESPN’s Adrian Wojnarowski, it’s expected two weeks will not be enough time for Turner’s injury to heal. Wojnarowski reported today that Turner is expected to be sidelined beyond the February 10 NBA trade deadline, so teams interested in trading for the big man will have to account for the injury as they weigh offers.