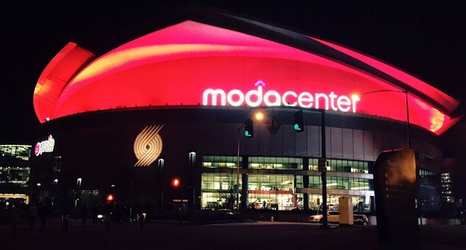 The Portland Trail Blazers’ home arena, the Moda Center, will become the first existing pro sports arena to earn a LEED Platinum certification, it was announced Wednesday. The award is for the Moda Center’s best practices in “energy, water, waste, transportation and human experience,” per the release.

Golden1 Center, the Sacramento Kings’ home arena, was the first indoor arena to receive a Platinum certification. It was built to Platinum standards, while the Moda Center is the first existing arena to earn Platinum years after construction:

Moda Center is the first *existing* arena to be named LEED Platinum.