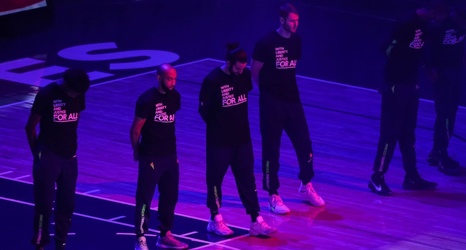 As the Minnesota Timberwolves and Brooklyn Nets resume play after Monday's game was postponed in the wake of the police shooting of Daunte Wright, Wolves president of basketball operations Gersson Rosas said he hoped playing Tuesday would "give our guys a platform to show and say what they feel."

"We live here," Rosas said. "This is our community. To be experiencing this again in a middle of a trial is something that's very emotional and overwhelming."