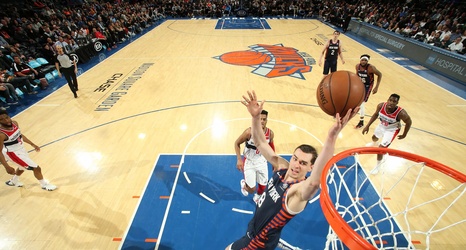 The Trail Blazers’ upcoming season will feature a roster loaded with fresh faces. Among those faces: 24-year-old forward Mario Hezonja. The former Magic lottery pick signed a low-risk deal with the Blazers this summer and is looking to live up to his draft-night billing.

According to The Athletic’s Jason Quick, Hezonja has all the tools to thrive under coach Terry Stotts. On Friday, Quick delivered an optimistic prediction in response to a Hezonja-specific question. After listing the players that had career years with the Blazers, he explained that Hezonja’s attitude and Portland’s established staff are a perfect pairing.