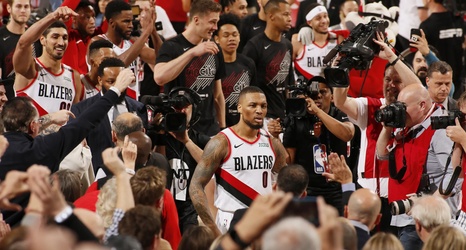 Where on earth is Damian Lillard?

For as long as teams have battled this decade’s Portland Trail Blazers, that’s become the pivotal question, an inquiry capable of determining a game, if not a full-on playoff series. Whether he’s 94-feet away from the basket, or right under it, the premise remains clear: always have eyes on Damian Lillard.

Which, in great irony, provokes a thought: sports outlets across the globe annually produce lists detailing NBA history’s greatest shooters, sometimes stretching it out beyond 20-to-25 players. Lillard’s right wrist commands the utmost respect of the game’s greatest defenders and coaches .