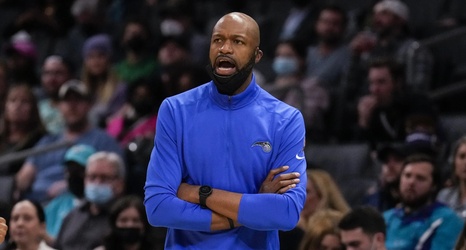 The Orlando Magic will play the Portland Trail Blazers tonight without head coach Jamahl Mosley. According to a statement released today from the Magic, Mosley has entered health and safety protocols.

Orlando assistant coach Nate Tibbetts has also entered health and safety protocols. Blazers fans are familiar with Tibbetts, who worked on the Blazers coaching staff from 2013 to 2021. He his first six seasons in Portland as an assistant coach and his final two seasons as associate head coach.