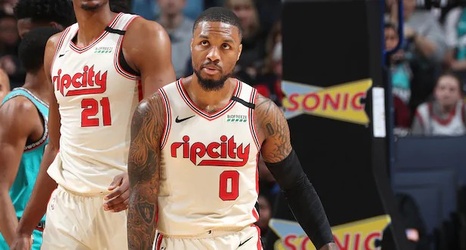 The 2019-20 season has been rather cruel to the Portland Trail Blazers with regard to injury, and in their last game before the All-Star break, that cruelty ticked up another notch.

The injury occurred with 3:22 to play in the fourth quarter and with the Blazers trailing the Grizzlies 106-94. Lillard drove down the lane where he was met by Grizzlies center Jonas Valanciunas. Valciunas blocked Lillard's layup attempt, but as the 6-3 guard landed, he immediately grabbed his right groin.