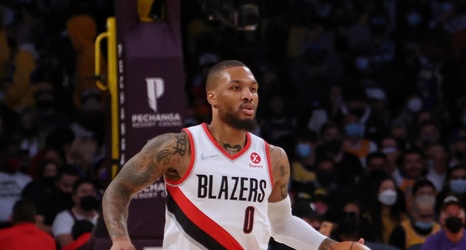 Damian Lillard is feeling positive after successful surgery to repair an abdominal injury but that doesn’t not mean he’ll be returning to the Portland Trail Blazers lineup soon. Lillard held a press conference for Portland media today in which he addressed his health following a January 13th operation for an injury to his core that has been plaguing him for several seasons.

Per multiple sources, including Bleacher Report’s Sean Highkin, Lillard told media he was feeling good and that all signs are positive at this point. That does not mean a return is imminent.