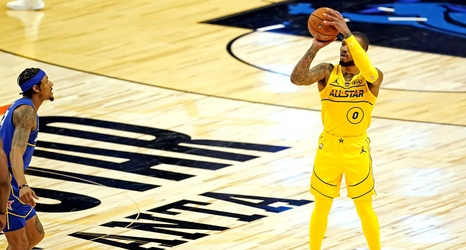 The Three Point Shootout ended roughly a half-hour before the 2021 NBA All-Star Game began, but one half into the exhibition, it became clear that Team LeBron didn’t quite get that memo. Damian Lillard and Stephen Curry casually traded 43-footers at the end of the first half — which wouldn’t have been a problem if they weren’t on the same team — the highlight of a 27-8 run that gave Team LeBron a 20-point advantage at halftime. Despite the occasional scare, the star-studded group used that run to hang onto victory throughout the rest of the game, cruising to a 170-150 win.