Kawhi Leonard on Melo’s Year Away, ‘I don’t think he was treated the right way’ 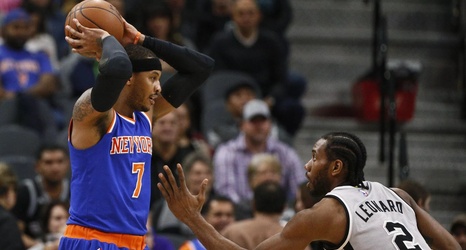 Carmelo Anthony’s successful debut with the Trail Blazers has earned the 35-year-old forward awards and praise. On Monday, Melo’s impactful return to the NBA received Western Conference Player of the Week honors. Prior to Tuesday’s matchup against the star-studded Clippers, Kawhi Leonard shared his thoughts on Melo’s exit and return.

Leonard explained to Los Angeles Times reporter Andrew Greif that he felt that Melo’s dismissal from the Rockets and the year-long absence that followed was far from ideal when factoring in the legacy that the former Knicks star left behind.