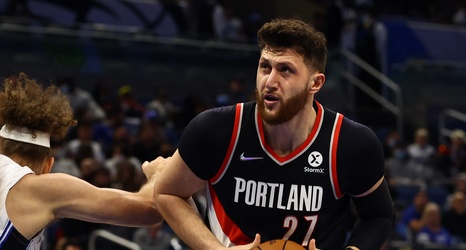 The Portland Trail Blazers are enjoying a boost in play during the month of January. After an abysmal December which saw the squad post a 2-11 record, the Blazers are 5-4 so far in the new year.

Point guard Anfernee Simons has been a catalyst for the recent improvement, but in a recent article for The Oregonian, writer Aaron Fentress said another factor is deserving of credit: the renewed play of center Jusuf Nurkic.

After the first three months of the season were tampered by inconsistencies and frustrations about his role, Fentress wrote that Nurkic has resembled his “Bosnian Beast” form as of late.