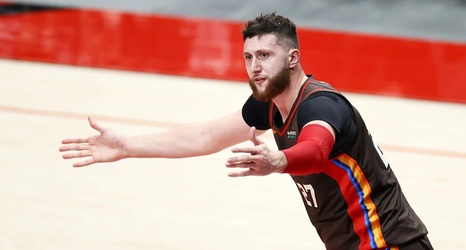 As evidenced in their double-overtime Game 5 loss to the Denver Nuggets in the 2021 NBA Playoffs—despite 55 points from Damian Lillard—the Portland Trail Blazers’ success isn’t necessarily tied to that of their star player. Lillard can’t do it alone. Entering the 2021-22 campaign with the team’s core largely still intact from a season ago, the Blazers will need more from their supporting cast to reach the next level. While the team has lofty expectations for Lillard’s backcourt mates CJ McCollum and Norman Powell, the true x-factor for Portland’s success will be the play of their big man, Jusuf Nurkic.