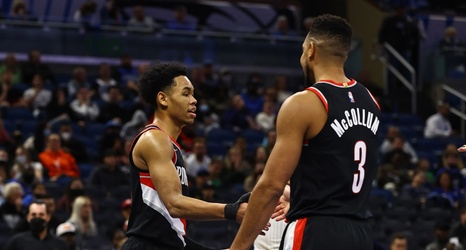 The Portland Trail Blazers are back at it again for the fourth game of a season long six-game road trip, making their second stop in the Sunshine State. After defeating the Orlando Magic, they’re onto a more difficult task in the Miami Heat.

Join hosts Danny Marang and Brandon Sprague as they take a look at tonight’s match up that has Portland pitted against a shorthanded Heat squad that saw Tyler Herro removed from the lineup due to health and safety protocols and Kyle Lowry step aside for personal reasons.

However, the Heat will have two players that were not active at their meet up in Portland: Jimmy Butler and Bam Adebayo.