Is The Promise of Harry Giles Enough? 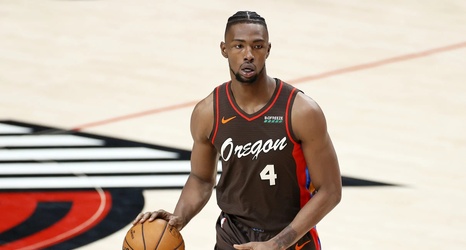 The Portland Trail Blazers have a series of decisions to make about a wide variety of players on the roster last year. There’s Norman Powell, who played a key role with the Blazers late in the season after being traded here from Toronto, and there are key bench players like Enes Kanter and Carmelo Anthony, guys coming off one-year contracts who have their pluses but are admittedly flawed.

After that group, there are some guys that didn’t get a ton of extended run. Harry Giles falls firmly into that category. The 23-year-old big man played in 38 games this season for Portland and didn’t particularly impress, putting up a measly 2.