Is LaMarcus Aldridge to Portland a Good Idea? 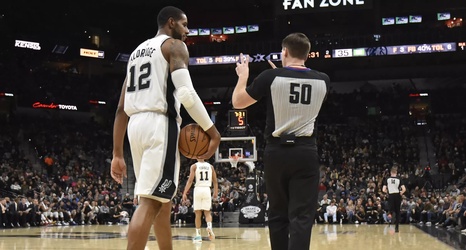 With the San Antonio Spurs struggling, there’s a possibility that they will want to move on from power forward LaMarcus Aldridge later in the season. Frank Urbina of HoopsHype takes a look at Aldridge’s value around the league, and touches on a potential trade to his original team, the Portland Trail Blazers:

As far as teams that could pop up as potential Aldridge suitors, HoopsHype asked various NBA executives for their thoughts on the matter, and one of the first landing spots that was mentioned was a familiar team for the big man: “The Portland Trail Blazers could make sense,” a Western Conference exec told us.