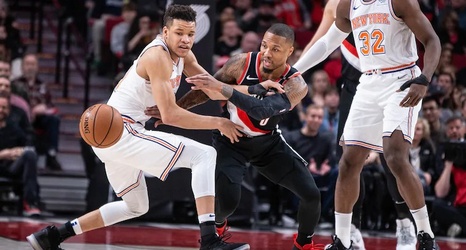 Between losing two of their last three games and Rodney Hood to a ruptured left Achilles, the Trail Blazers' four-game homestead, their longest of the season thus far, hasn't gone as well as they would have hoped. But they've got a chance to finish it off on a high note Tuesday night when they host the New York Knicks at the Moda Center in their last contest before hitting the road for five days. Tipoff is scheduled for 7 p.m.

Tuesday’s game will be the first of two meetings between the Trail Blazers and the Knicks during the 2019-20 season.