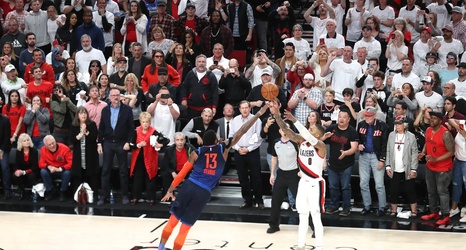 Portland Trail Blazers guard Damian Lillard is still seen as one of the most clutch shooters in the NBA among league decision-makers. The annual GM Survey, published early Tuesday morning, revealed that Lillard ranks as the No. 3 player GM’s want taking the shot with a game on the line. No surprises here, as Lillard’s reputation for big-time buzzer beaters precedes him.

Which player would you want taking a shot with the game on the line?